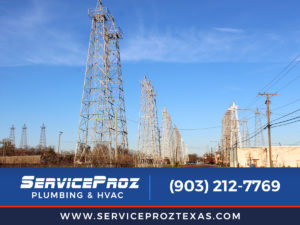 Kilgore is a city in Gregg county and part of Rusk county in East Texas. Living in Kilgore provides residents a sparse suburban feel, and many residents own their homes. This charming city is a thriving community of at least 15,000, known as the “City of Stars.” It earned this name from the stars atop the all of the oil derricks which are lit up over the town during the Christmas season.

The city was settled by plantation owners before the Civil War and was built in 1872 when the Great Northern Railroad designed a rail link linking Palestine and Longview. Kilgore became a flourishing hotspot in 1930, when oil was found nearby and kicked off the East Texas Oil Boom. Almost overnight, Kilgore went from becoming a ghost town to being a boomtown.

One of its most recognizable landmarks, the World’s Richest Acre Park in downtown, marks the spot where the greatest concentration of oil wells in the world once stood.

Kilgore is an excellent stop on a weekend getaway or Texas road trip with its rich heritage in the oil sector and proximity to a few East Texas lakes.

Our Services in Kilgore Texas

Directions from Kilgore TX to ServiceProz

ServiceProz understands that the comfort of your family depends on efficient, reliable heating, cooling and plumbing. We also believe in treating you as we would personally like to be treated. This means we lead by being honest, prompt, and dependable. Our service technicians make it their mission to provide you with the greatest value possible through first class service with uncompromising quality at a reasonable price. If you want superior quality plumbing and HVAC services, call the Proz at (903) 212-7769!

Time and a half charges may apply